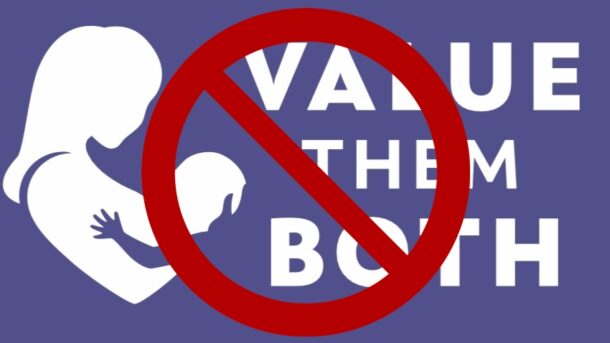 9 Reasons We Must Oppose VTB

1. It gives to the legislature a right to legislate even in the affirmative on abortion. (See Point 6’s “status quo”). This is not a right Christians should be willing to give the legislature, nor has God given them that right.

2. It gives to the legislature a right to legislate prejudicially on abortion (i.e. permitting rape-conceived image bearers specifically to be murdered), which God says is injustice (James 2:8-9).

3. It hinders abolition by restricting the right of the legislature to only regulation of abortion. Any liberal justice would construe this to exclude abolition.

4. It inserts into our Constitution the assumption that preborn humans do not have a right to life. Since VTB establishes the right of the legislature to regulate abortion, abortion cannot therefore be murder, as deprivation of the right to life is not something that is legally regulated, only and exclusively criminalized. Thus humans killed via abortion, by implication of this amendment, are precluded from the Constitutional right to life applying to them.

5. It hinders abolition by deferring to Roe v. Wade and Planned Parenthood v. Casey in the amendment itself, stating, “to the extent permitted by the U.S. Constitution”. This makes abolition legislation more difficult and the amendment itself impotent legally until both cases are overturned, which is unlikely to happen (and unnecessary).

6. The stated goal of VTB is against abolition and for the preservation of the 2019 status quo of “reasonable restrictions” on abortion. (See video proof.)

7. It is unnecessary as
A. The legislature already has the right to legislate,
B. The judicial branch never had the right to legislate,
C. And most importantly, the “right to abortion” that was ruled to be in the KS Constitution never existed.
Thus the decision should just be nullified, the judge impeached, and this amendment voted down.

8. VTB was the legal strategy used to justify shutting down the Kansas Abortion Ban for years, with PAC’s going so far as to threaten legislators intending to sponsor the Ban with being primaried because it would distract from VTB.

9. Finally, VTB was intentionally delayed two years for a vote in order to put it in an election year, further confirming that the intention of VTB is neither first to save our preborn neighbors nor to honor God immediately.